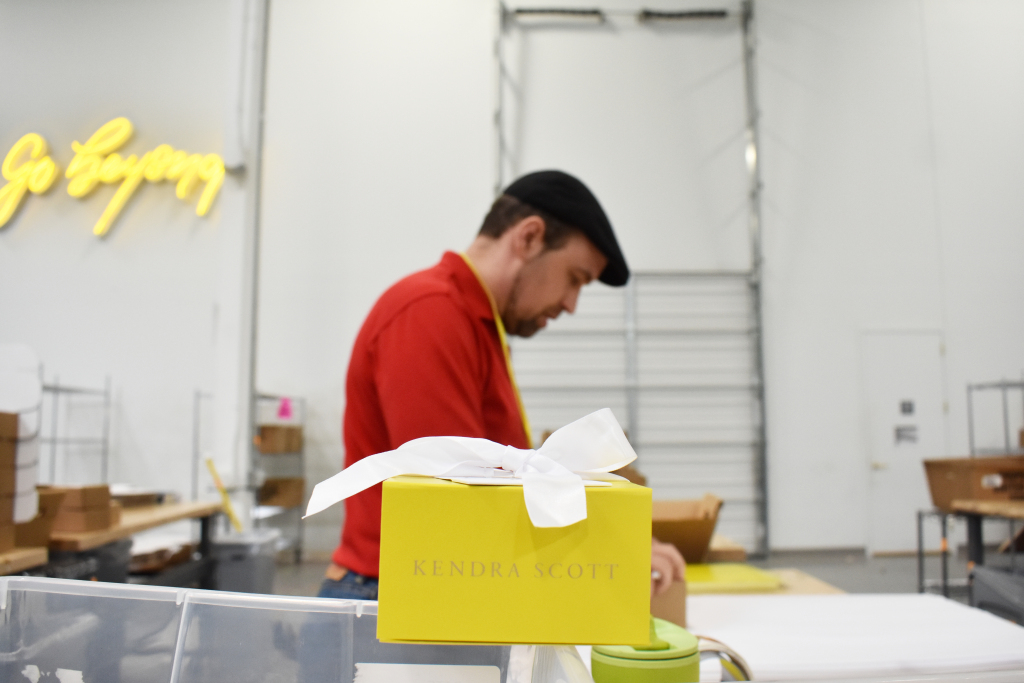 Anything is Possible with VR Counselors

Since she founded her company in in 2002, designer, humanitarian and successful entrepreneur, CEO Kendra Scott, whose global company bears her namesake, has operated the business based on her core values—family, fashion and philanthropy. Yet for Nick Hentschel, an Austin based employee, the company means so much more. For Nick, the modern office space and yellow-gold type font also signals stability, a concept that was foreign to him before joining the Kendra family.

Nick was diagnosed with autism when he was thirty-seven, a late diagnosis that helped provide context to why despite desperately wanting to work, he bounced between jobs since graduating college. Since entering the workforce, Nick had a sense of waiting to be fired from any position he held which left him jumping between offices and at times stressed. Adding to this stress was that due to his disabilities, Nick cannot drive which can make finding and keeping a full-time position in Austin near impossible regardless of a disability.

In 2018, Nick’s mom, worried about her son, shared a heartfelt plea on Facebook with other parents of children living with autism to see if anyone was aware of resources to help Nick find stable employment. Thanks to his mother's note, Nick met Jennifer Hines. Jennifer is a Board Certified and Licensed Behavior Analyst and a State Neurodevelopmental Program Specialist at the Texas Workforce Commission. Jennifer connected Nick to his Vocational Rehabilitation (VR) Counselor BK Hines, who worked to establish a plan for employment.  That led them to Tracy Ray, an Employment Service Provider, and together they developed a game plan to find and support Nick with employment.

Tracy lead the charge. She believed that Kendra Scott would be the perfect place for Nick to grow and find a home due to their focus on family and desire to foster inclusion. She began writing letters to the company's human resources department to set up an interview.  Kendra Scott responded alerting Tracy to an opening in their South Austin distribution center. The job was perfect; Nick would be following clear cut directions, gathering orders and packaging boxes. The black and white nature of the position eliminated ambiguity and the stress that often comes with problem solving. Tracy worked with Alysa Bolda, a Human Resources Business representative at the Kendra Scott distribution center, to set up the interview as well as make accommodations for the process.

"Tracy was the most supportive. She supplied us with articles and suggested that rather than asking Nick to recall experiences we do a hands-on interview," said Bolda. "We showed him how to make a box, and he showed us how to do it right back."

Before meeting and working with Nick, Alysa admitted she did not know much about individuals with autism, only what had been portrayed in the media. Tracy's involvement and preparation for the interview were essential in not only securing Nick the job but helping Alysa and her staff set up accommodations.

At the end of 2018, Kendra Scott hired Nick as a seasonal employee and today he is a full-time employee. This status means that for the first time, Nick has full benefits, something to which he is still getting used.

"To put a twist on an old phrase, when you're used to unequal treatment, equality feels like an accommodation," said Nick. "There's a difference between normalcy and character, and often employers look at people with disabilities in terms of normalcy rather than the quality of their character."

Nick's position at Kendra Scott has improved not just his life but the lives of those who interact with him daily. Since starting at the distribution center, Nick has connected with co-workers fostering a sense of empathy and compassion among his peers. One co-worker even went above and beyond to create a visual representation of one of Nick's job assignments to help him learn.

As a company, Kendra Scott is taking pro-active steps to ensure that all employees feel included. The company’s Human Resources Department has scheduled training with local VR staff from Texas Workforce Solutions-Vocational Rehabilitation Services to be sure they are making all the accommodations necessary and are fostering a supportive environment for individuals such as Nick.

The big yellow sign above the floor of the distribution center reads anything is possible. For Nick, joining the Kendra Scott team has truly made anything possible. Nick has gone from worrying about how he is going to make his next rent payment to planning for the future. He wants to go back to school and follow his passion of one day teaching history.

When asked about the company’s commitment to inclusion, Founder and CEO Kendra Scott explained “At Kendra Scott, we are proud to be leading that charge. As disability awareness increases, businesses must adapt to the idea that every one of us is different and may require different needs in the workplace. Our differences open our eyes to new ways of thinking and solving problems and allow us to connect with our customers in a way that leaves them feeling a genuine sense of connection. 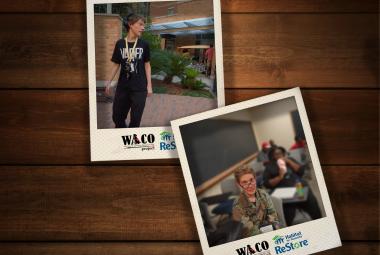 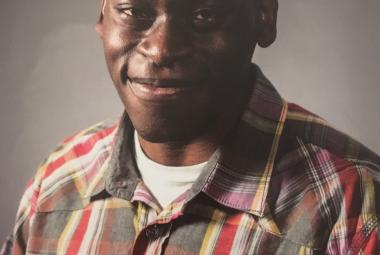 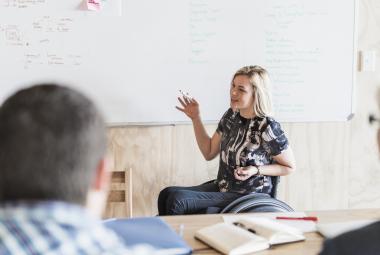 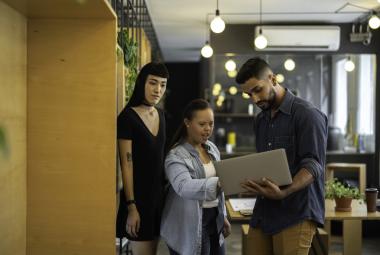 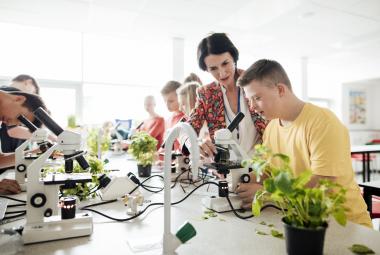 We Prep Students with Disabilities for Employment 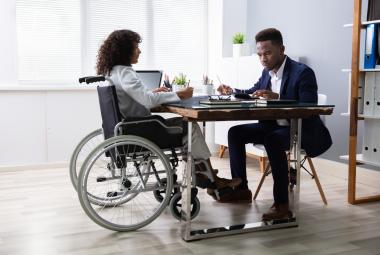